Porsche has recently released a book called "Porsche Unseen""Porsche Unseen" unvailing the history of Porsche models and prototypes, built between 2005 and 2019. This is an opportunity to take a look at other earlier projects that have also never gone into series production. Here are some prototypes created between 1952 and 1971.

In 1969, Porsche wished to introduce in its range a more powerful model than the 914/6 (2.0L 6-cylinder engine). With this in perspective, Ferdinand Piëch, at that time Director of Research and Development, had the idea of implementing an 8-cylinder flat engine, directly derived from the 908 competition and therefore create 2 unique models under the name 914/8.

Several technical characteristics differed from a standard 914, including body reinforcements to increase the rigidity of the chassis, which visually resulted in the elimination of the central removable sunroof part, which was replaced by a hardtop roof. The first prototype, homologated for road traffic, in grey color (photo), was offered to Ferry Porsche on September 19, 1969, on the day of his 60th anniversary. It was powered by a 3.0L 260hp engine.

Ferry Porsche drove approx. 10'000 km with this car, but was not particularly enthusiastic about it.

As for the 2nd 914/8 model, in orange color, it was equipped with a 3.0L engine developing 300hp, less well finished in the interior than the one of Ferry Porsche, but was never homologated on open road because it was a development model. Both models are the property of the Porsche and Piëch families, they are both visible at the Porsche Museum in Stuttgart. 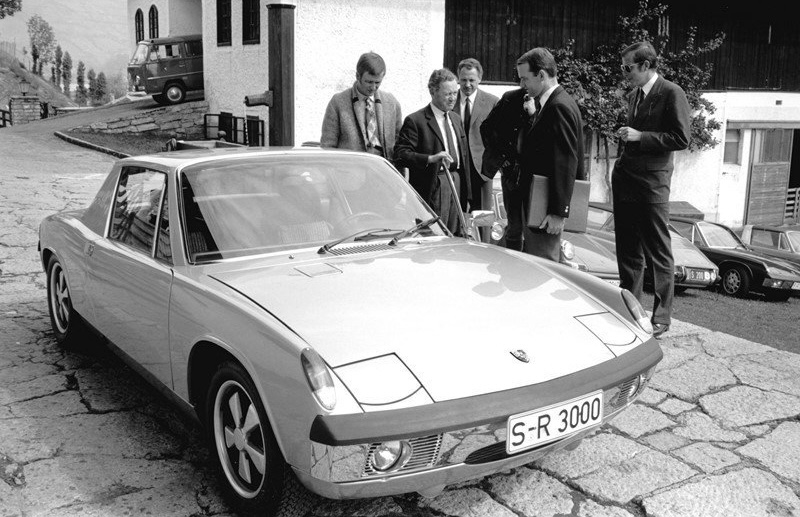 Pursuing the same objective of offering its customers an even more powerful version of the 914 family, in order to differentiate itself from the competition, such as the Ferrari Dino, Porsche got back to work.

This car was used by Corina Piëch (the daughter of Ferdinand, designer of the car) for her personal use. Corina gave him the nickname "Brutus" because of the extreme performance of the car. In 1974, the car was sold to a Canadian soldier based in Germany for the sum of DM 27'500.- In 1978 the car was shipped to the USA. For several years the car was untraceable until it was discovered by a Porsche collector in the USA who undertook to restore it, as it was in very poor condition.

The restoration work lasted three years and since then, this Porsche 916 was presented in March 2017 at the Amelia Island Concours d'Elegance. It was then on display for six months at Porsche's North American Headquarters in Atlanta, Georgia.

Now back in Europe, the car is in exceptional condition, thanks to a particularly thorough and meticulous restoration. It is a unique piece of Porsche history, a milestone in the evolution of the range and has a clear history of belonging to the Porsche family itself. The 916/6 has never been series produced because of its production cost. In order to make the development costs profitable, the selling price should have been higher than the price of a 911. Finally, this exceptional 916, in many senses, was sold at auction in February 2019 for the modest sum of ..... EUR 928'000.- ! 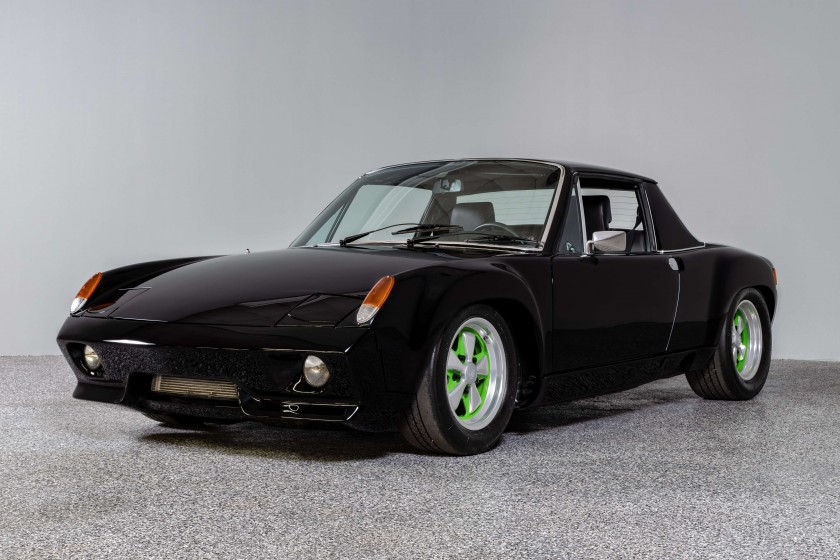 From the very first models, Ferry Porsche was keen that a sports car should also offer space for families. He also attached great importance to family life and sporty driving. Initially, the development of a Porsche with four real seats was not a priority, and its development was slow.

Nevertheless, several projects were developed at various times, but few were completed for various reasons.

First attempt, in 1952. This Porsche 356 was different and unique. It had larger doors, an extended wheelbase and the roof was slightly higher at the rear. And even though the vehicle, known as Type 530 designation, still had two doors, this was the beginning of the vision of a four-seater Porsche at the beginning of the fifties. The project remained at the prototype stage. 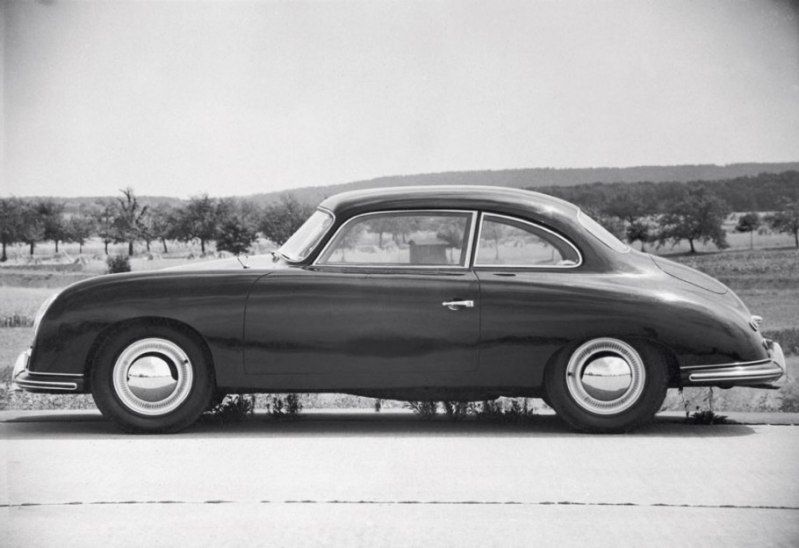 After the era of the 356 and 530 prototypes, the next attempt was made in 1959. The 754 T7 was developed under the direction of Ferry Porsche's son, Ferdinand Alexander « Butzi » Porsche. The basic features already reflected his successor who would soon follow, one can easily see that the shape of this car was already very close to the iconic sports car.

In order to create more space, further attempts were made and the T8 types as a 2 + 2-seater and T9 with four large seats were developed in parallel. Ferry Porsche personally approved the further development of the T8 project in 1961.

This was in fact the birth of the Porsche 911. 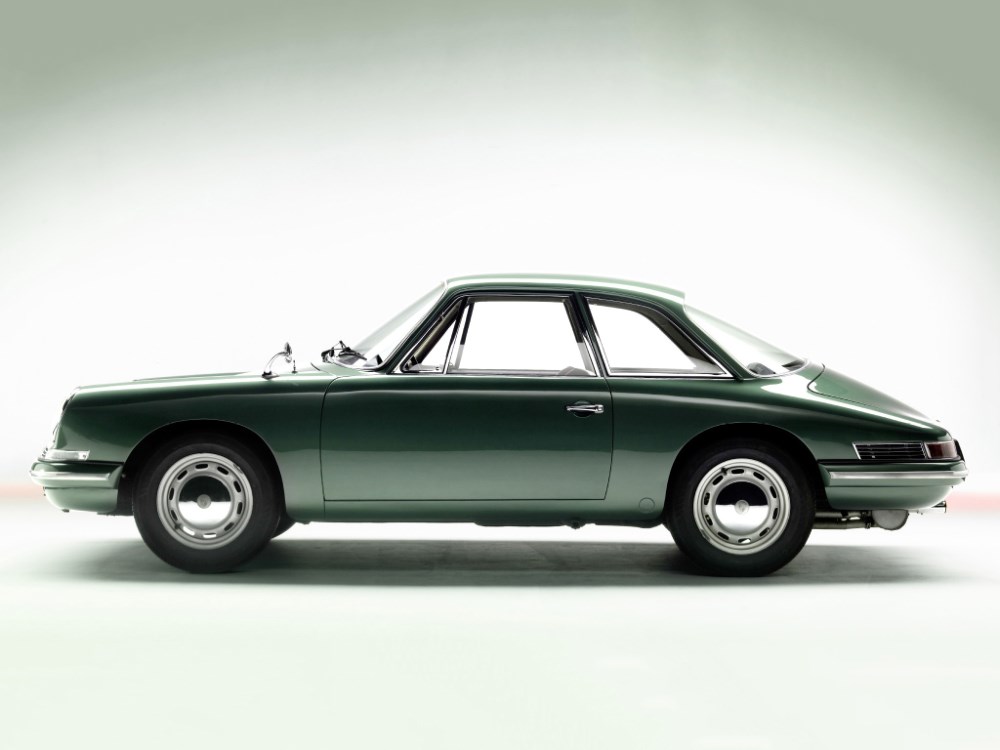 In 1969, Porsche exceptionally commissioned an external company to carry out a project for a four-seater 911. This project was assigned to the Italian designer Pininfarina who developed a prototype of a Porsche 911 extended-version to 4 real seats, designated under the code B 17 or Porsche 915.

Its design did not convince the Porsche management. Weighing 1135 kg, the Pininfarina Porsche 911 was definitely too heavy (compared to a standard 911).

Porsche was not at all satisfied with this prototype and since then has never commissioned an external company to design its cars. 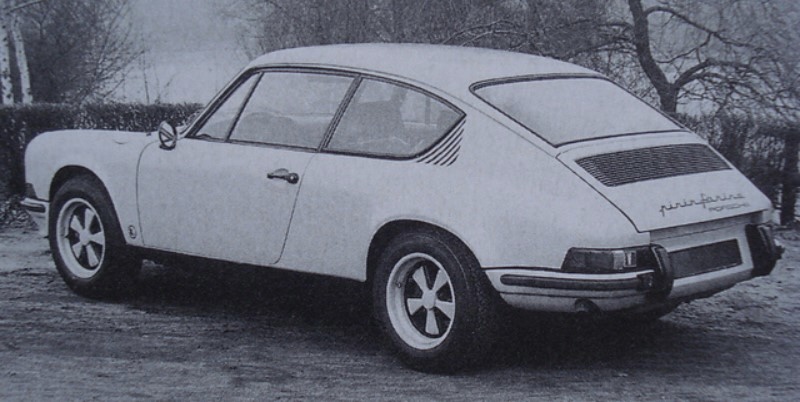 This last one was also not produced.

It' s a fact that, apart from the two 914s above, whose engines only benefited from technological advances to make them more efficient, the various " enlargement " tests of the sports models were frankly not successful during this period. Fortunately, you might say.

Nevertheless, Porsche never gave up the idea of diversifying its range of vehicles in the years to come, by building family models, thus fulfilling the wishes of its founder.

To be continued in our next article...