Porsche and RebBull, the divorce

The announcement of the divorce between Porsche and the Austrian team Redbull Racing was not expected. The German car manufacturer announced on September 9, in a brief statement without specifying the details, the end of discussions for a partnership with the Formula 1 team RedBull, and this after several months of negotiations.

The German automotive group Volkswagen (owner of Porsche) had announced in April last to be in favor of this partnership project with RedBull, which was for 10 years, which would allow the return of the brand of Stuttgart in F1.

The discussions were not only about the return of Porsche as an engine manufacturer, but also about a 50% takeover of the RedBull team, the current leader in the constructors' world championship.

Last August, after considering Porsche's demand to acquire half of the team, RedBull, particularly its Team Manager Christian Horner, expressed fears that Porsche's management could eventually take full control of the team, which would not only have consequences for the team's staff, but also for its management. Isn't that a case of ego?

RedBull has therefore decided to terminate the negotiations (or at least do everything possible to ensure that they fail), especially since the team had been developing its own engines for several years through its Redbull Powertrains division.

Porsche had already raced in F1 between 1957 and 1962 with its own team, and then provided engines for the McLaren team from 1983. McLaren ended the partnership in favour of Honda in 1987. Porsche's last involvement in F1 was a brief, unsuccessful return in 1991 with the Footwork Arrows team. The Porsche 3512 V12 engine was in fact too heavy and unreliable, with the result that none of the cars finished a single Grand Prix.

Audi - another Volkswagen brand - is expected to make its F1 debut in 2026. A partnership with a team should be announced by the end of 2022, said the company's CEO Markus Duesman. Rumors speak of the Sauber team.

As for Porsche, despite the failure of negotiations with Redbull, the brand could aim for a partnership with other teams in the future with the introduction of new fuel more environmentally friendly (developped jointly by Porsche and Siemens!) as of 2026. But for the moment, this is not a definite possibility. 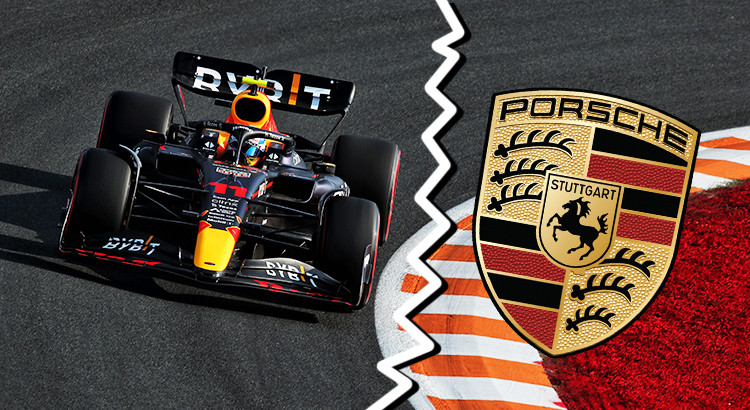