Switzerland and Porsche have a very close relationship, since the foundation of the brand, Switzerland has been its first market. This relationship was reflected in the purchase of the first Porsche cars by Swiss nationals. The very first mid-engine Porsche, assembled in Gmünd, Austria, the Porsche-Prototype No. 1 (356/1-001) was registered on June 8, 1948, bearing the license plate K 45.286, and sold the same day to the Swiss entrepreneur Rupprecht von Senger, who saw a great potential in this new car brand.

In 1947, when production was launched, von Senger provided Ferdinand Porsche a decisive financial support, mainly by purchasing in advance the spare parts and lightweight sheet metal of Swiss origin, needed to build the car, which made possible the launch of the firm. In return, he obtained the right to import and sell the first 5 Porsches in Switzerland, with an option on the next 50. The contract stipulated the purchase of the 356/01-001 and 4 coupés 356/2-001 to 004. One month later, on July 3rd, 1948, in preview of the Swiss Grand Prix, von Senger made his 356/1-001 available to journalists for testing at the Bremgarten racetrack.

Showroom in a hotel in Zurich

Ferry Porsche met the Zurich hotel owner and car dealer Bernhard Blank through the mediation of von Senger. Blank converted part of his hotel into a showroom. In the winter of 1948 he presented the first Porsche 356/2 Coupé. A year later, Blank ensured Porsche's presence at the Geneva Motor Show, where a 356/2 coupe and a 356/2 convertible were presented. Many buyers from technical professions It's no coincidence that the Swiss opted for Porsche from the very beginning. Indeed, the first 356s were primarily a product for people interested in technology, and there were many of them in Switzerland. Originally, many buyers came from the technical professions: architects or engineers. They particularly appreciated the car's purist appearance. Compared to other sports cars, porsches were rather simple because the main focus was on driving pleasure. By the end of 1949, 27 units of these handmade sports cars had been sold.

The first sale of the importer Blank took place in the spring of 1949. A Porsche 356/2 convertible was bought by a woman named Jolanda Tschudi from Zurich (photo). She is considered the first Porsche customer in the world. As a glider pilot, Tschudi held the Swiss record of flying altitude (5000 meters). In the second half of the 1940s, Jolanda regularly took part in expeditions to Africa. When she returned in 1949, her brand new Porsche was waiting for her. She made many trips with it until it was damaged on the way to a gliding camp. It is worth  mentioning that years later, the 1948 Porsche 356/1-001 was also owned and inherited by a woman, a Swiss actress and artist named Elisabeth Spielhofer. Only wealthy drivers could purchase a Porsche in the 50’s, as a coupé cost 14,500 Swiss francs and the convertible version 16,500 Swiss francs, which was a substantial sum at the time. More recently, in China, which in the meantime has become the world's largest market for the brand, all 3 Porsches sold were sold to women. In this country, 42% of the 911s are driven by women.

There are only three left

Apart from the 356/1-001 which is in the Porsche Museum in Stuttgart, among the first 4 coupés bought by von Senger, only the 356/2-004 survived. Likewise, of the 6 « Beutler » convertibles produced in total, only the 356/2-003 is still "alive". Both are in a museum in Basel, Switzerland, which therefore owns the two oldest Porsches in the world. The Beutler Brothers' convertibles. The first 6 models of 356/2 cabriolet were in fact not entirely built in Gmünd, but in Thun (Canton of Bern) by the Beutler Brothers' body shop. The chassis were transported there and the bodywork was hand-made on customer request.

The story of the last "survivor" 356/2-003 mentioned above is quite singular. It was first delivered in Egypt to King Farouk in 1950 and returned to Switzerland in 1952. It changed owner several times and since 1960 has been since the property of a Swiss family from the Bern area and is now in a museum in Basel. This company, which disappeared in 1987, made its know-how available to about twenty other brands as well.

We would like to point out that the first six 356 convertibles are stamped "Swiss Made". Along with Austria, Germany, Belgium (356 Roadster D'Ieteren), Italy (356 Carrera GTL Abarth) and Finland (several Boxsters and Caymans have been built at Valmet in Uusikaupunki until 2012), Switzerland is one of the six countries where Porsches have been built. Today, more than 50,000 Porsches are registered in Switzerland. The love story between Porsche and the Swiss citizens still continues. 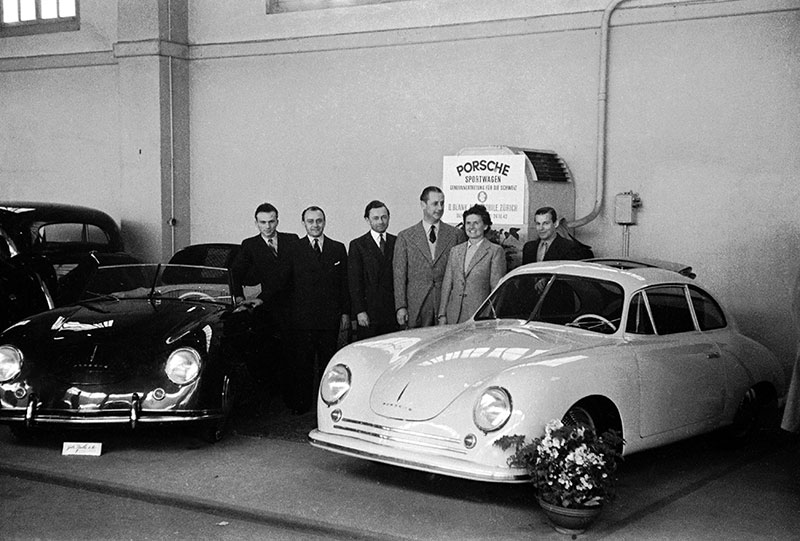 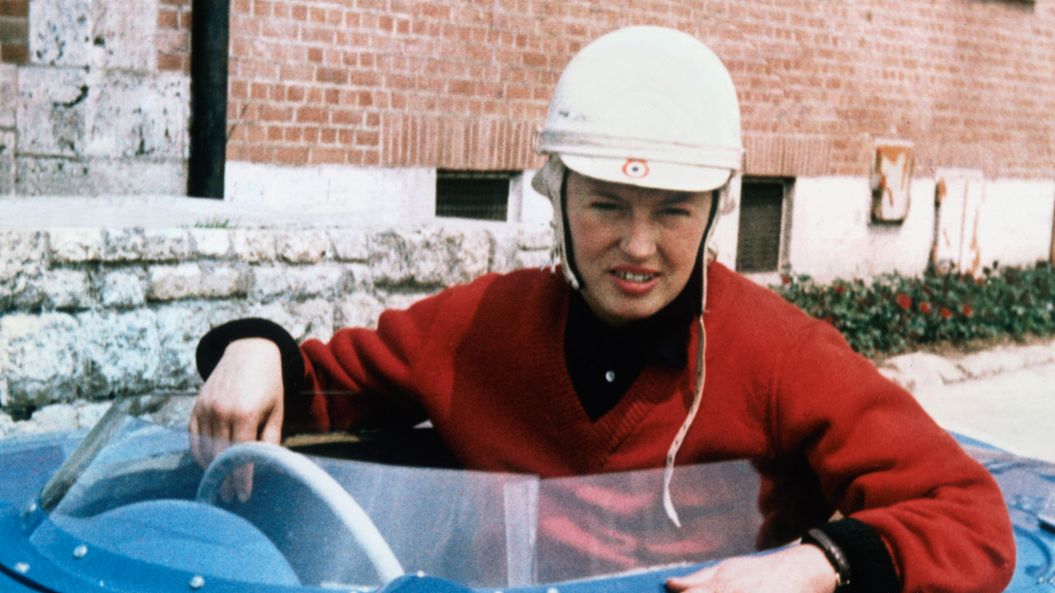 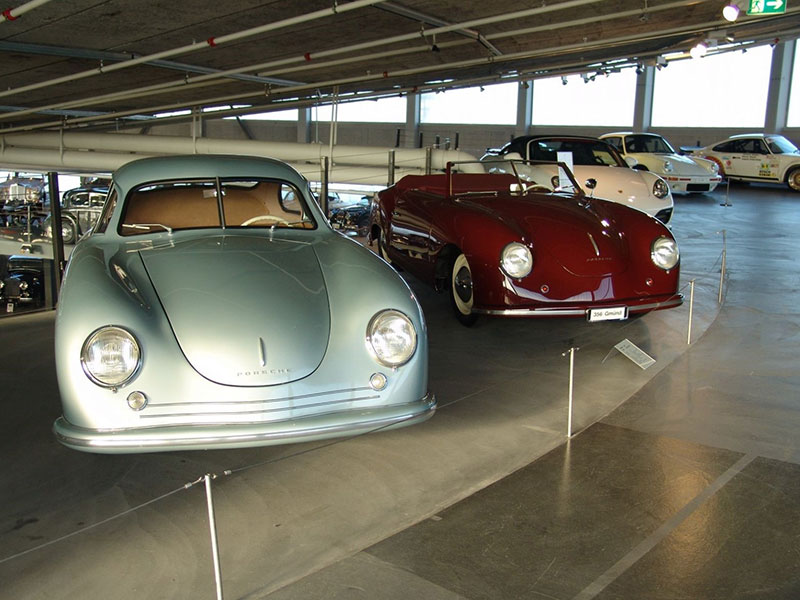 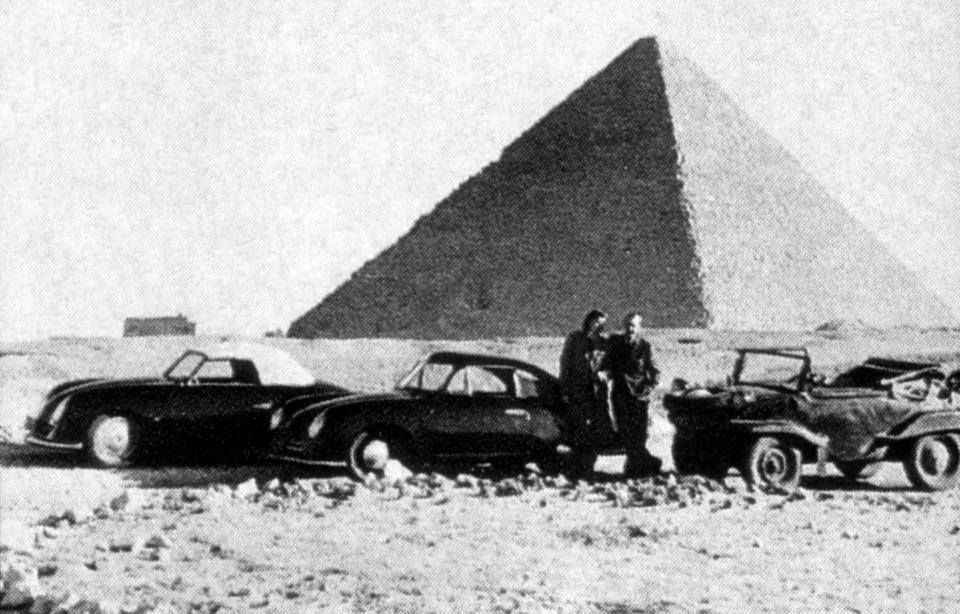