In the "Swiss Viper Museum" in Givisiez, just outside Fribourg, a special exhibition is currently dedicated to Jo Siffert until Dec 2021.

For more than a decade, Joseph Siffert fascinated the whole of Switzerland until his tragic accident at Brands Hatch in 1971.

As owner of 2 garages in Fribourg, (representing the brands Porsche and Alfa Romeo) Jo Siffert still found time to show his driving talent on race tracks of Formula 1 and Formula 2, in international endurance races, in the CanAm series and in hill climbs. He often drove in several races on the same weekend!

Porsche 917, Stanguellini, Lotus 22, Lotus 49B, BMW Formula 2, Chevron Formula 2 and BRM F1, were cars with which Jo Siffert achieved success on the racetracks of this world.On

July 7, 1936, Joseph Siffert was born in Fribourg, Switzerland, the first of 4 children in a modest family.

1948 - With his father Alois, Jo attends the Swiss GP at the Bremgarten circuit. The racing fever has caught him fully.

1952 - Apprenticeship as a car body mechanic in Fribourg. Took on various side jobs to finance his planned involvement in motorsport.

1954 - Joseph goes again to the GP Bern and admires in particular the racing driver Benoît Musy.

1958 - Joseph participates in the Tourist Trophy in the Isle of Man on a Norton 350 cc. He gains experience racing abroad and begins to build a name for himself in racing.

1960 - Seppi, his nickname, obtains a racing license and buys a Stanguellini Formula Junior.

1961 - Siffert participates in hill climbs and slaloms in Switzerland, but mainly in the Formula Junior European Championship with his Lotus 18. The 1000 Km race at the Nürburgring is his 1st outing in a Ferrari, where Siffert finishes 15th.

1962 - Joseph makes his Formula 1 debut on a Lotus 22 and later on a Lotus 24 for Scuderia Filipinetti of Geneva.

1963 - Seppi contests the Formula 1 World Championship and is named best "independent" at the end of the season. He wins his 1st GP race in Syracuse. He also wins his first points in the annual standings with 6th place at the French GP at the wheel of his Lotus 24. During the season, he leaves Scuderia Filipinetti after disputes and founds "Siffert Racing Team" with his mechanics Heini Mader and Jean-Pierre Oberson.

1964 - Joseph participates again as an "independent" in Formula 1 World Championships (Brabham-BRM). He finishes 4th at the GP Nürburgring and wins the GP de la Méditerranée in Sicily, ahead of Jim Clark! He finishes 8th in the 1000km race at the Nürburgring (Schiller Racing Team Porsche 904). Collaborates with the Rob Walker Racing Team in England and finishes on the podium at the first attempt.

1965 - 6th place at the GP Monaco! He also wins the GP de la Méditerranée, again ahead of Jim Clark. In Switzerland, he celebrates great success at the St-Ursanne-Les Rangiers (Switzerland) hill climb and wins the "BP Racing Trophy", the highest award and recognition for Swiss racing drivers.

1966 - In the endurance races, he was hired by the Porsche factory from the 24 h race of Le Mans, Siffert thanks Porsche with the 4th place. With the British Colin Davis he wins the Performance Index. He wins the hill climb of St.Ursanne-Les Rangiers on the Cooper T81.

1968 - His year : first victories in the World Championship of Makes (endurance races) at Daytona, Sebring, Nürburgring and Zeltweg.
First Swiss to win a GP. The hill climb of Les Rangiers that he won for the 4th time in a row. Awarded the "BP Racing Trophy" for the 2nd time.

1969 - With teammate Brian Redman he dominates the endurance races with 6 victories (Brands Hatch, Monza, Spa, Nürburgring, Watkins Glen and Zeltweg), allowing the Porsche factory team to win the 1st World Championship. In Zeltweg he won at the steering wheel of the Porsche 917 (racing car of the 20th century). Formula 1 (Lotus/Walker) he is outstanding: 2nd in Holland, 3rd in Monaco and 4th in South Africa. 9th place overall in the World Championship.

1970 - After 5 seasons with Rob Walker, change to the English factory March, "newcomer" in GP racing. Successes on Porsche in endurance races (Spa, Targa Florio and Zeltweg).
For the filming of the movie "Le Mans", co-produced by Steve McQueen, Siffert organized most of the racing cars for the shooting on the Sarthe circuit in Le Mans. A unique adventure and a special experience.

1971 - According to experts, Jo is one of the 5 best racing drivers in the world at that time. As in 1969, Siffert participates in the CanAm series in North America and takes an excellent 4th place overall with a Porsche 917-10.

On October 24, 1971, he takes part in the "Victory Race" at the Brands Hatch circuit. With his BRM P160, Siffert qualifies for pole position, misses the start completely and then quickly moves up to 4th place. In the 15th of 40 laps, Siffert comes off the track very strongly, probably due to a broken wheel suspension, and its car immediately caught on fire.

Switzerland is in shock. Five days later, 50,000 people accompanied Jo Siffert on his last journey to his final resting place in the cemetery of Fribourg. 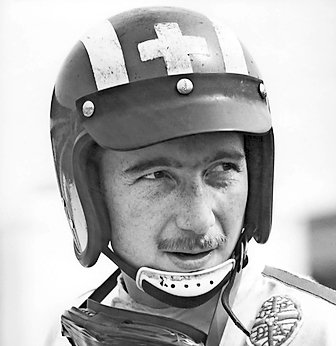 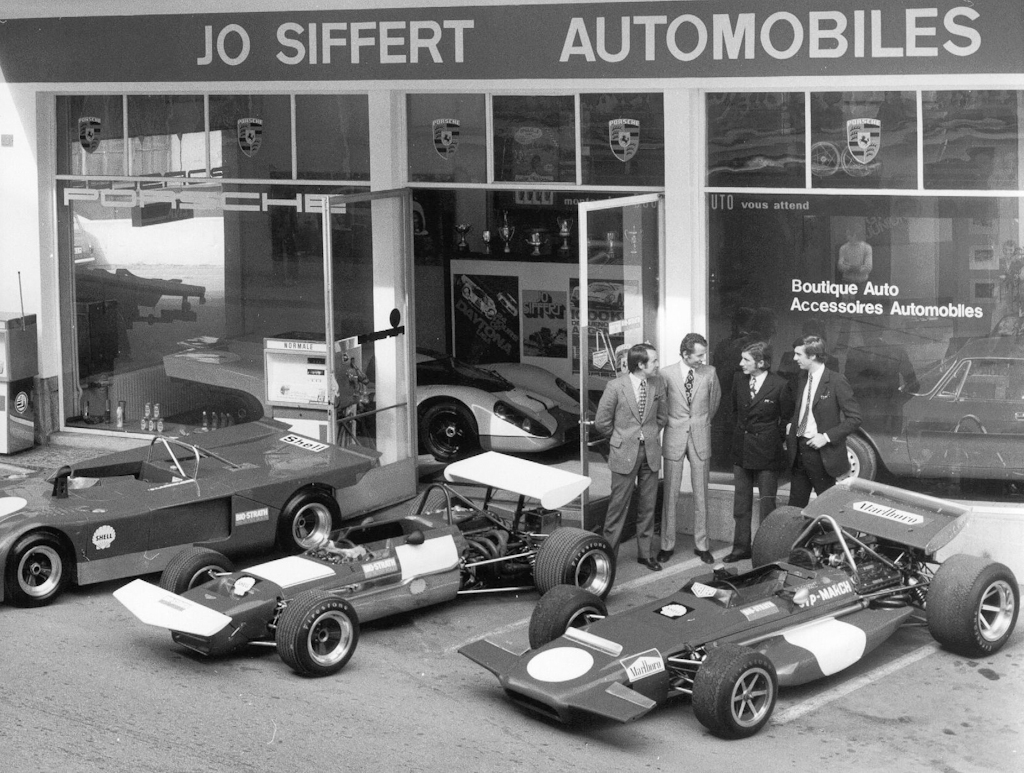 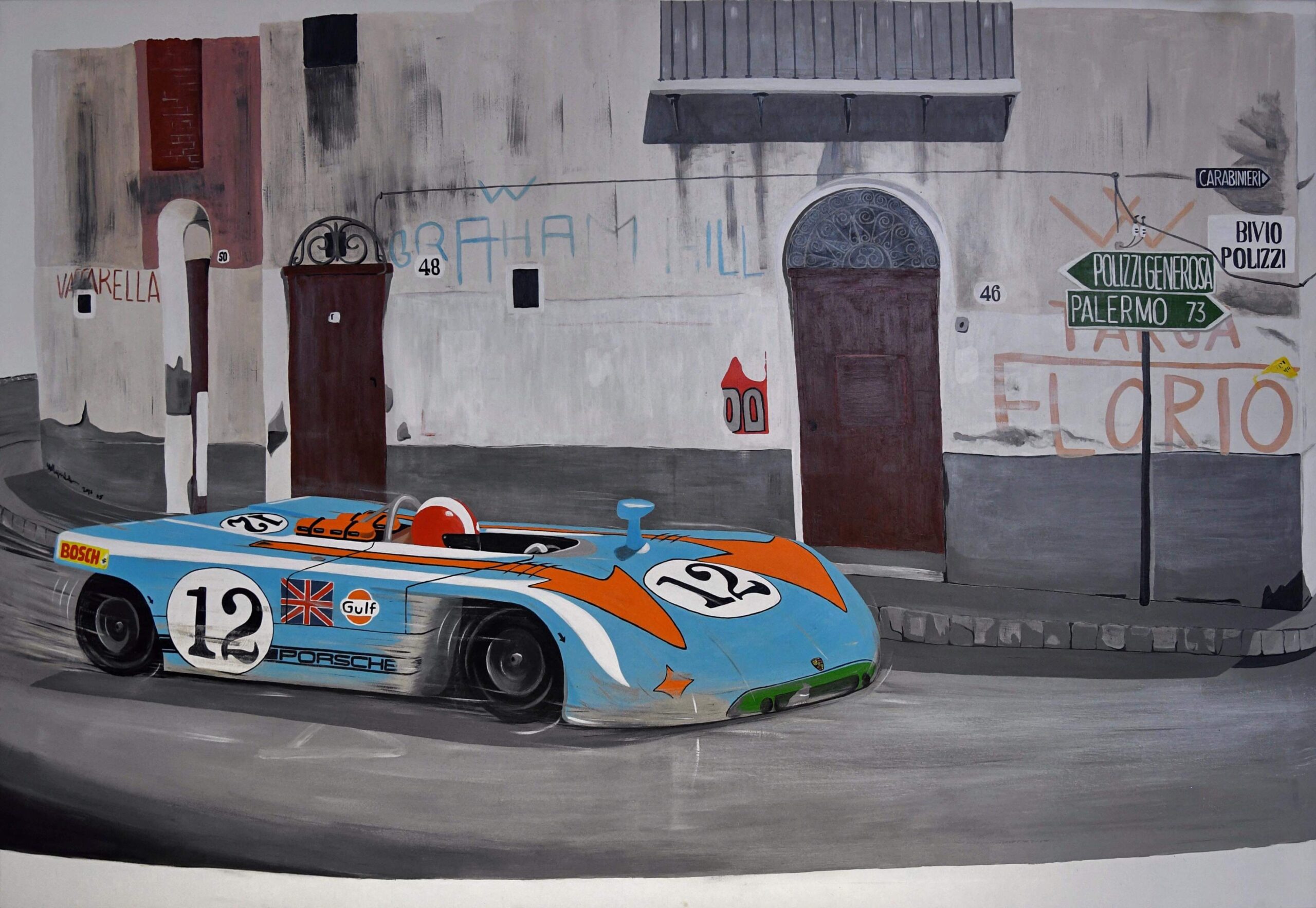 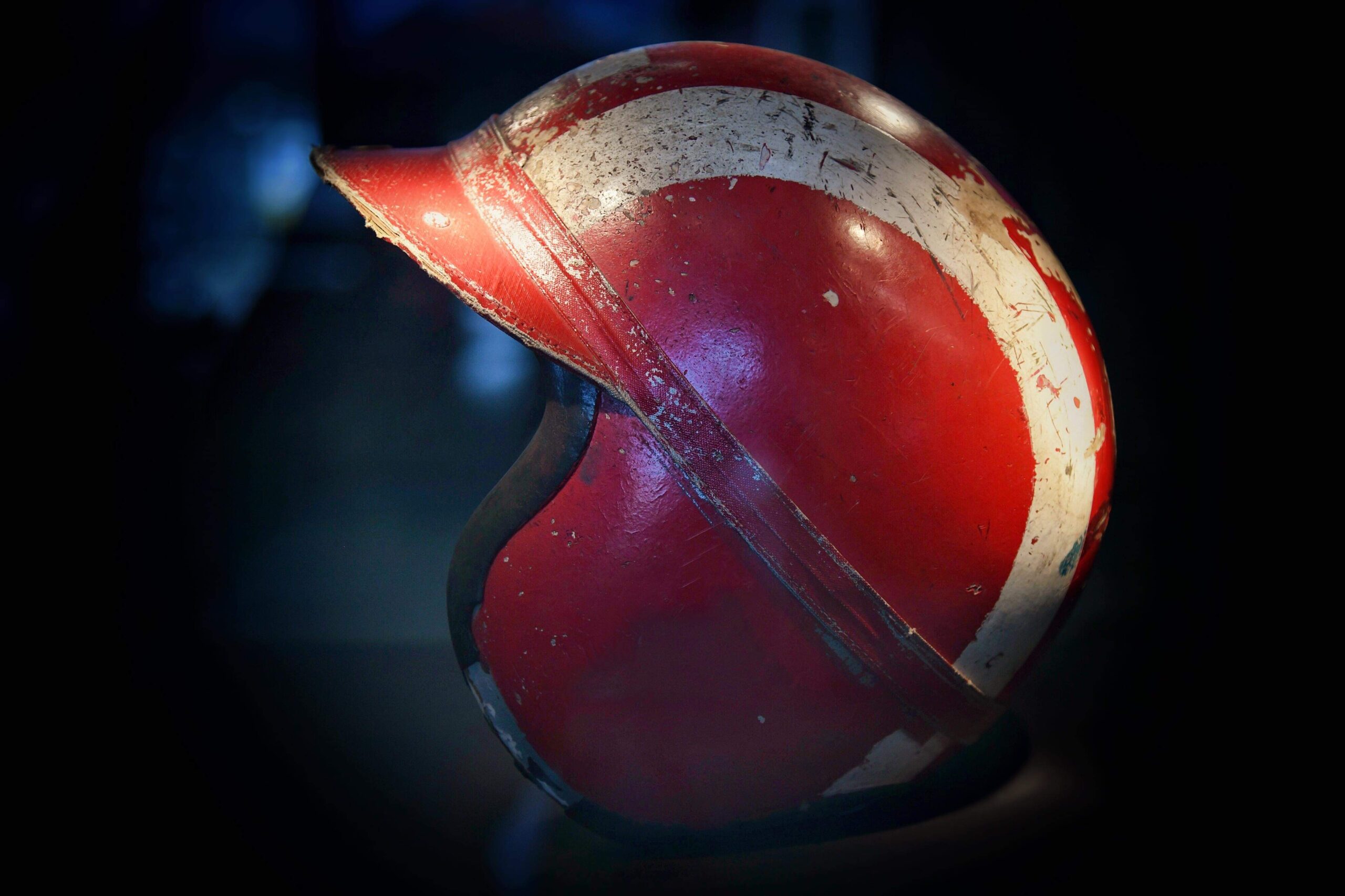 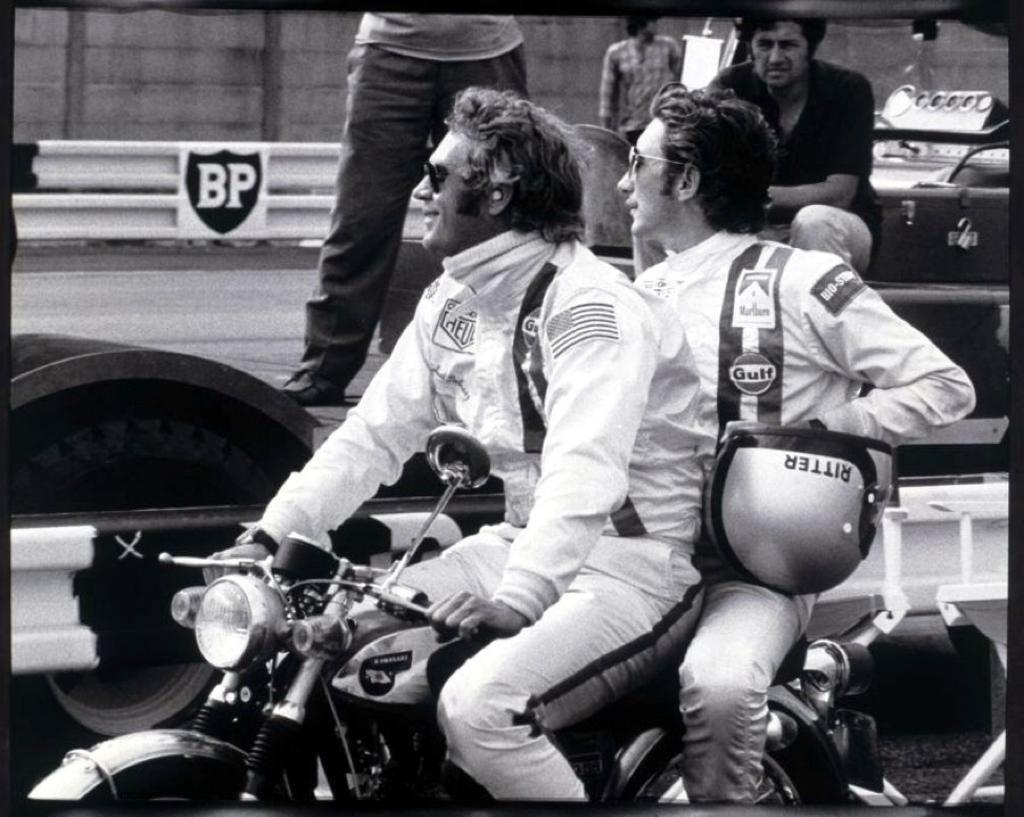 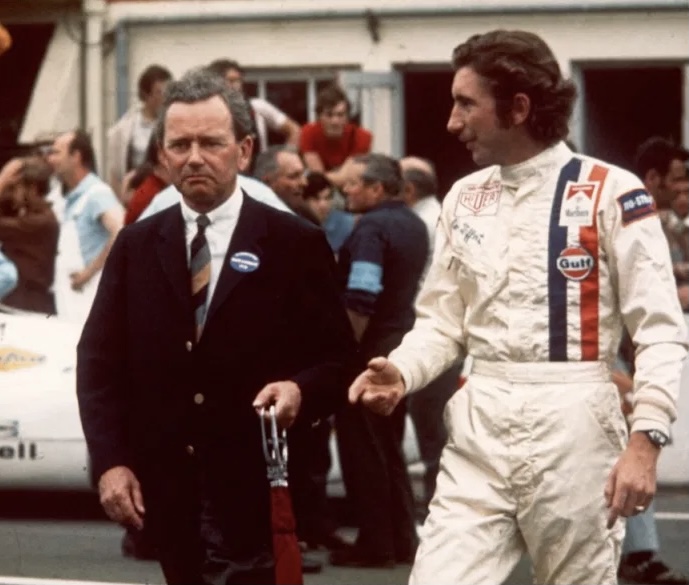 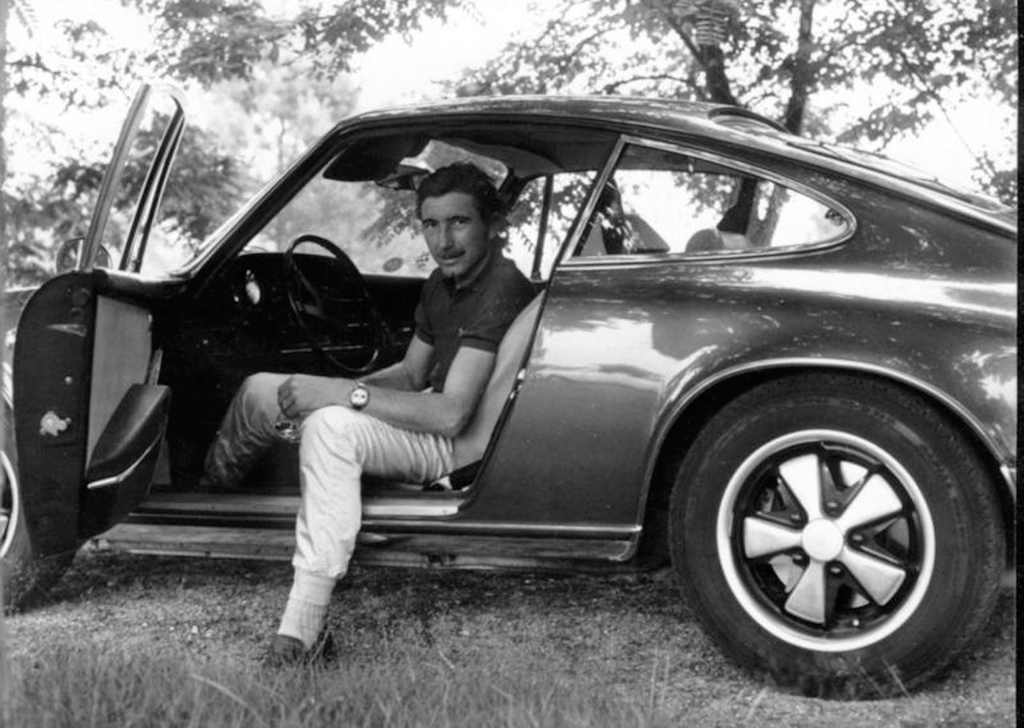 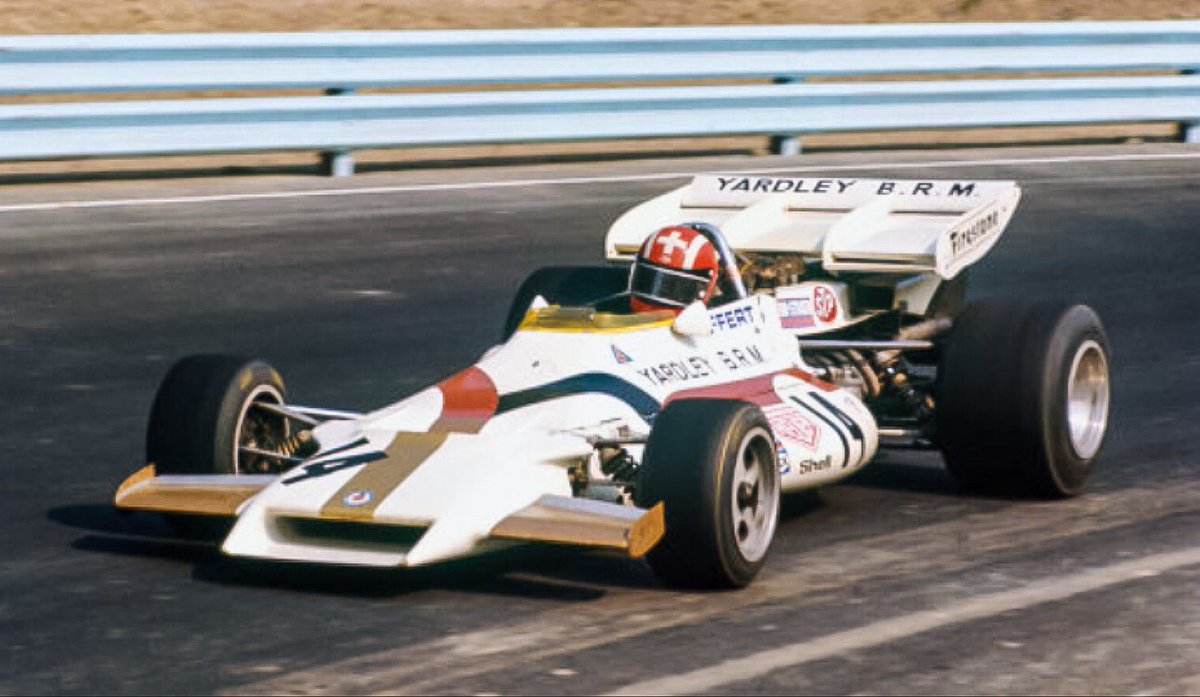