Porsche in F1 : the comeback

Porsche could make a comeback in Formula 1 with Audi as a partner from 2025. The project would even be at the top of the Volkswagen Group's sporting objectives, with a budget of 750 million euros.

As per the vice-president of Porsche Motorsport, this comeback would be possible on the condition of the introduction of e-fuels for the engines in order to take into account sustainability aspects. If the will of the FIA is to go in this direction, the Volkswagen Group plans to study the project further.

And if the latest statements from Zuffenhausen are to be believed, the conditions required, including the importance of powertrain electrification, by the brand founded by Ferdinand Porsche are being met.

Why Formula 1? Simply because the discipline would like to "open up to greener technologies", and necessarily in agreement with Audi and Porsche who develop electric cars. This would even be THE condition for Porsche to enter F1: that the competition is somewhere synonymous with the development of technologies to reduce polluting emissions.

The answer is yes. This comeback would be possible on the condition that e-fuels would be introduced for the engines to take into account sustainability aspects. If the FIA is willing to go down this road, the Volkswagen Group is considering studying the project further.

Why Formula 1? Quite simply because the discipline would like to "open up to greener technologies", and necessarily in line with the philosophy of Audi and Porsche who are developing electric cars.

This would even be THE condition for Porsche to join F1: that championship is somewhere synonymous of the development of technologies aiming at reducing polluting emissions and this, up to 90% less greenhouse gas emissions.

We keep the noise of F1 engines, we pollute (significantly) less, everyone benefits!

Biofuels are of interest to Porsche

Many car manufacturers are interested in e-fuels as a solution for carbon-neutral energy (which F1 wants to achieve by 2030), as there are limits to the practical implementation of electric cars for all purposes.

The good news is that Porsche has partnered with Siemens Energy to build a plant in Chile for the production of e-fuels.

While the fuel currently used is only a small portion of biofuel (5.75%), the goal is to make the use of 100% renewable fuels mandatory in F1 when the new engines are introduced in 2025, which just so happen to use these new fuels, produced by .... Siemens and Porsche!

The enthusiasm of Porsche for Formula 1 can be explained. In fact, the brand has organized a summit meeting with the FIA's leaders, hammering the point that the use of synthetic fuels in competition would be a good alternative.

If this were to happen, Porsche would win on both sides by engaging in a less polluting discipline, which in addition would advertise its own fuel! Clever isn't it?

In terms of major changes, as of 2025 Porsche could take over Red Bull Racing and the "Red Bull Powertrain" division (inherited from Honda), while its subsidiary Bugatti will buy Scuderia AlphaTauri at the same time.

It seems that the takeover of Honda's engine business under the Red Bull Powertrain banner is attracting covetousness, with the historical relationship between the Volkswagen group and the energy drink giant doing the rest.

Porsche will develop and design future V6 hybrids powered by biofuels (a technological approach that the Stuttgart manufacturer is considering for its road cars), but it will also buy Red Bull Racing and Scuderia AlphaTauri outright.

With a business model based on a budget capped at $135 million in 2025 and the introduction of new, less expensive and more environmentally friendly regulations, Porsche can enter Grand Prix racing without investing considerable capital given the solid foundation created by Red Bull.

With the withdrawal of Honda and Red Bull's decision to produce its own engines under the Red Bull Powertrains name, the future opportunities for new engine suppliers are numerous.

The future of the F1

The presence of more teams and manufacturers in the sport will only increase the value of the F1, which until now has been an unattractive and expensive option for most automotive manufacturers.

Remember that Porsche did have a (short) history in F1 with the Porsche 804, before retiring in the 1960s. The German brand returned as an engine manufacturer from 1983 to 1987 with the development of a turbocharged V6 in collaboration with TAG for the McLaren Racing team. A short-lived but dazzling success.

Will Porsche return to Formula 1 one day? This is a question that has been coming up a number of times recently as Porsche prepares its return to endurance racing and Le Mans. For the moment, nothing has been decided, but the Stuttgart manufacturer is aiming for a possible return to Formula 1 in 2025-2026, the year when the new engine regulations will come into force.

Opposite: different projections of the future design of the Porsche F1 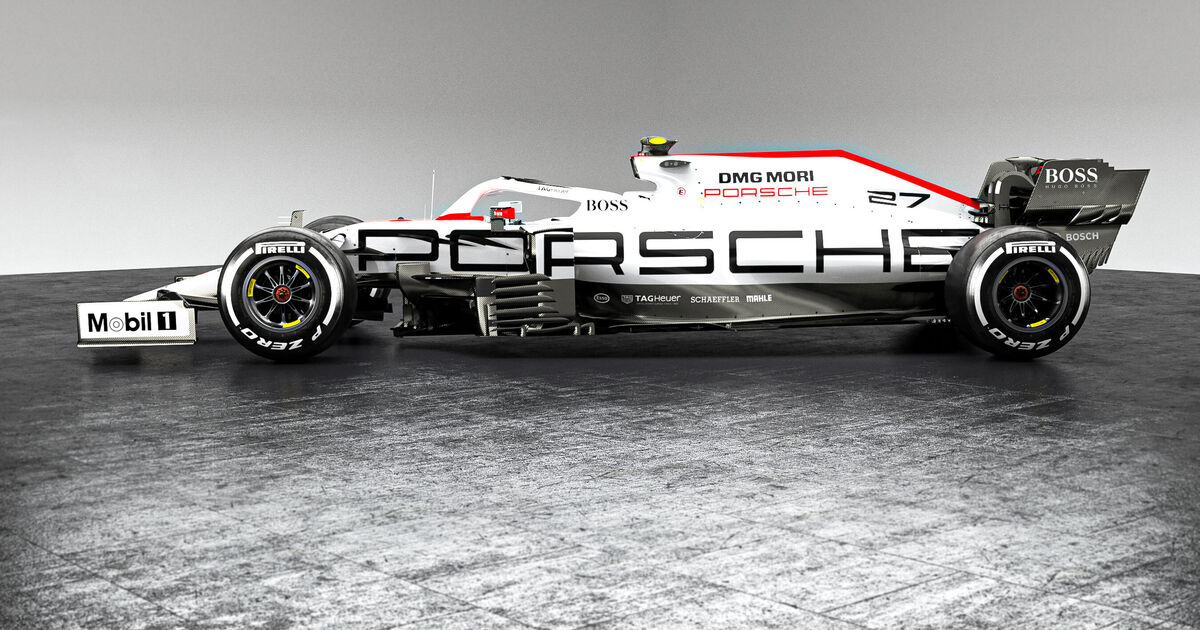 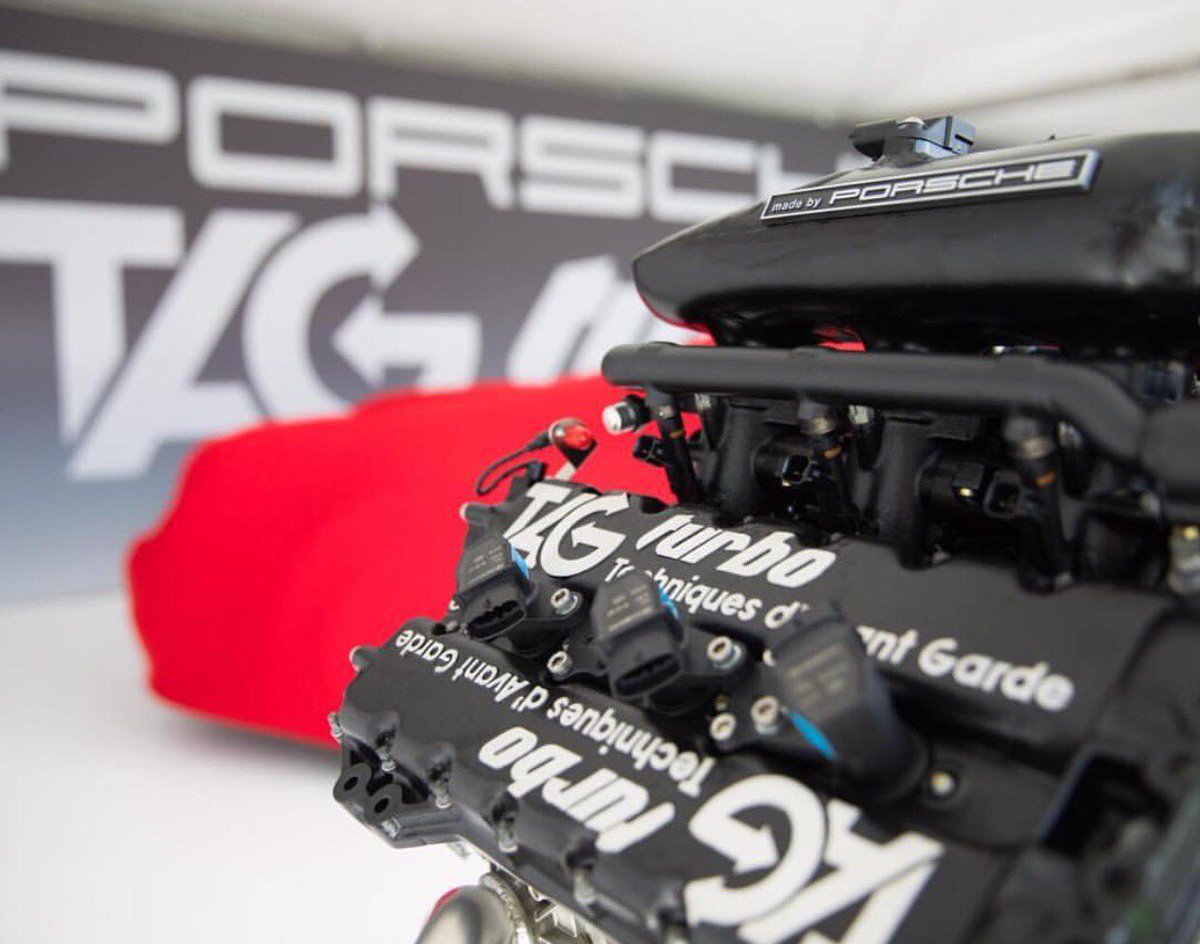 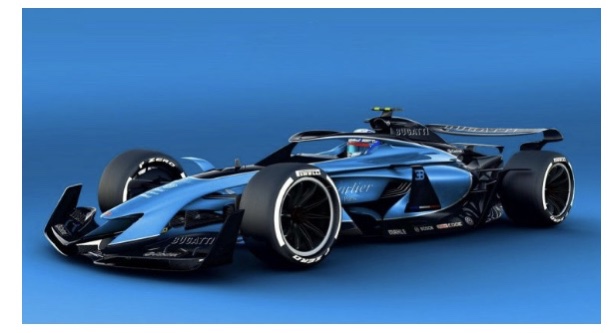 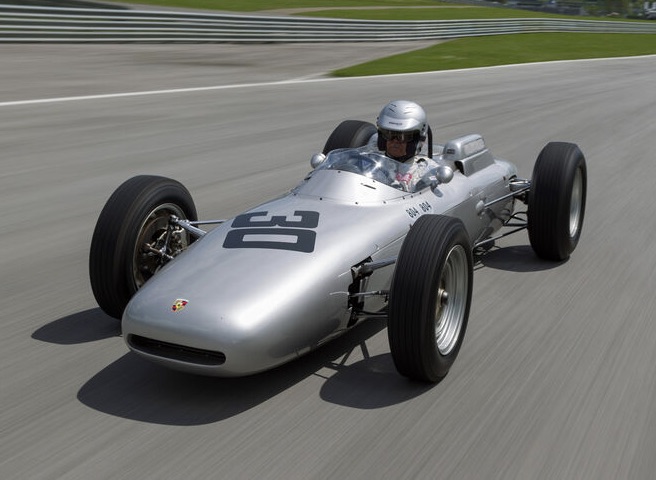