Countless articles have been written about the history of the 24 Hours of Le Mans race that it would be impossible to summarize them all here.

The 24 Hours of Le Mans is a legendary race that has been running since 1923. It is considered one of the three most prestigious races in the world along with the Monaco Grand Prix and the Indianapolis 500.

Le Mans is also a technological laboratory for manufacturers such as Porsche, Ferrari, Ford, and more recently Audi, Toyota, Peugeot with the era of hybrid engine.

This endurance event was also the scene of confrontation of legendary drivers (Jo Siffert, Richard Haywood, Jürgen Bart, Jacky Ickx) and the subject of a film "Le Mans" with Steve McQueen in 1971.

Due to the fame of the "traditional" 24 Hours of Le Mans race, a "Classic" version was first organized in 2002, just twenty years ago by Peter Auto in association with the ACO (Automobile Club de l'Ouest). The 10th edition is scheduled from June 30th to July 3rd as the event takes place every 2 years on the same circuit, gathering more than 200'000 spectators. 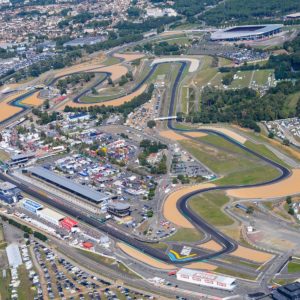 If the duration of the 24 hours race is common to both events, the comparison stops here, as the Classic version is so timeless.

The racing cars are divided into 6 grids, i.e. by category and year of production, in order to preserve equality in terms of ranking. Specific races for brands such as Porsche, Jaguar as well as the "Little Big Mans" for future drivers in short pants - also follow one another. In all, not less than 1000 drivers are at the start each year in all categories. 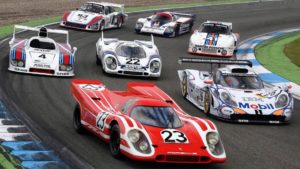 But the show is not only on the track, but also in the surrounding area, respectively on the Bugatti circuit, where the different clubs of enthusiasts exhibit their most beautiful jewels, with the presence of about 8500 cars each year. Real pearls, even the parking lots outside the event are overflowing with them!

Le Mans Classic also includes more than 200 exhibitors who are passionate about the world of cars and who present their latest creations, not forgetting the traditional auction by Artcurial. 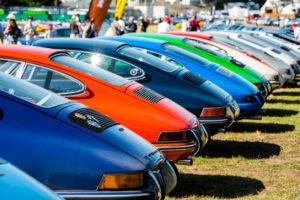 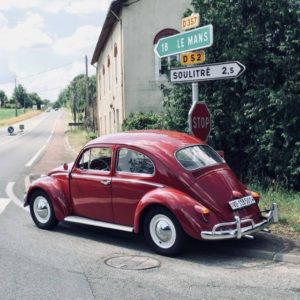 Le Mans Classic is a jump back in time to the legends of the automobile, to bring back moments that we thought were forgotten!

Discover the special collection of the shop